Univers is a sans-serif typeface which is designed by Swiss typeface designer Adrian Frutiger in 1954. The font family is classified as neo-grotesque typeface, one based on the model of the 1898 typeface Akzidenz-Grotesk, it was notable on its launch for its availability in a comprehensive but consistent range of weights and styles.

Adrian Frutiger moved forward to be a notable typeface designer in 20th century, and Univers proved enormously influential. It was one of the first designed typefaces which is so much consistent with its similar design, idea and structure. 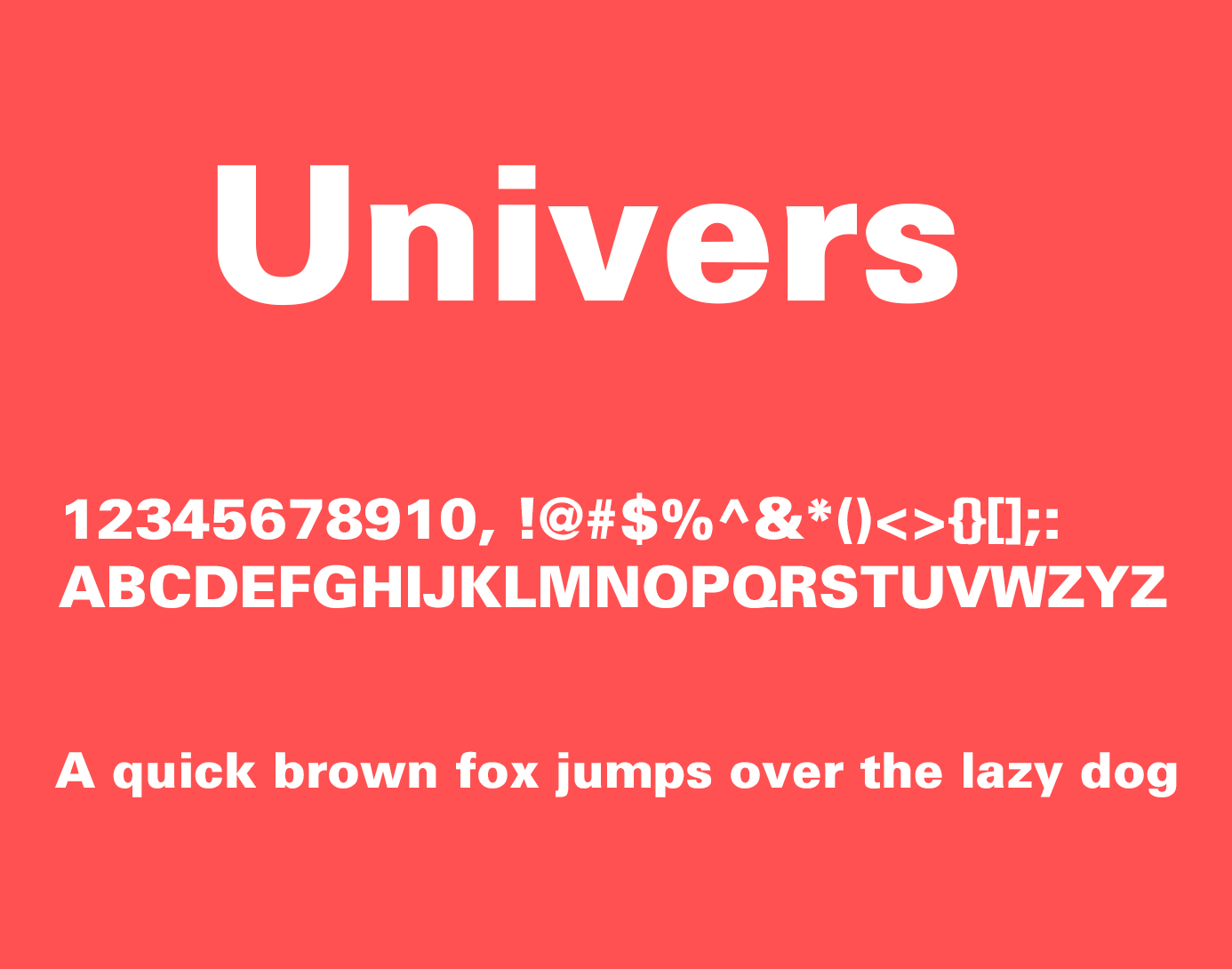 Unives font has a great shape and kering that is quite perfect while using on any design purpose regarding web embedding, desktop, application, software, advertising and print design. Univers is still being served by many recognized companies around.